Over the course of her career Rukeyser was consistently interested in the ocean as a space of possibilities. For instance, her first book of poems, Theory of Flight (1935), begins with overlapping references to drowned Sappho, Sacco (an Italian-American anarchist executed in 1927), and “Rebellion pioneered among our lives, / viewing from far-off many-branching deltas, / innumerable seas.”1Muriel Rukeyser, “Poem Out of Childhood,” Theory of Flight (1968). Other poems in which Rukeyser engages with the ocean as a space of possibilities include “Child and Mother” (1935), “Ryder” (1939), “Sea Mercy” (1944), Elegies (1949), “On the Death of Her Mother” (1958), “The Birth of Venus” (1958), “The Outer Banks” (1968), “Searching/ Not Searching” (1973), “After Melville” (1973), and “Islands” (1976). While Rukeyser’s fascination with water, its changes of phase and discursive uses, have drawn critical attention, 2See, for instance, Gerd Hurm’s “Water and ‘the Land’s Disease’: Poetics and Politics of Muriel Rukeyser’s ‘The Book of the Dead’” (Space in America: Theory, History, Culture, edited by Klaus Benesch and Kerstin Schmidt, Brill Academic Publishers, 2005, pp.193-208), Trudi Witonsky’s “’A Language of Water’: Back and Forth with Adrienne Rich and Muriel Rukeyser” (Women’s Studies, vol. 37, no. 4, 2008, pp. 337-366), and Elisabeth Däumer’s “Context for ‘Waterlily Fire’” on this website. her specific interest in the ocean has remained largely underexplored. Catherine Gander attends to Rukeyser’s representations of the ocean in the poem “Ryder,” 3Catherine Gander, “Muriel Rukeyser, America, and the ‘Melville Revival.’” Journal of American Studies, vol. 44, no. 4, 2010, pp. 759-775. but it is poet Alicia Ostriker’s Keynote Speech at the 2013 Rukeyser Centenary Symposium that goes the furthest in considering the ocean in Rukeyser’s work. Describing her experience of reading Rukeyser’s poems, Ostriker declares, “I begin to read and am immediately in danger of drowning. The writing is not merely fluid, it is oceanic. It cannot be paraphrased. . . . But it is beneath the surface that the meanings wait for me.” This experience of learning to breathe underwater is palpable elsewhere in Rukeyser’s poetry. Some of Rukeyser’s most interesting work occurs underwater, as in her poem “Anemone,” included in her 1968 The Speed of Darkness, a book that addresses such varied topics as orgies, lesbianism, motherhood, and suicide, and is widely considered “the first great Second Wave feminist work of poetry.”4Peter Middleton, “Science and The New American Poetry.” The New American Poetry: Fifty Years Later, edited by John R. Woznicki, Lehigh University Press, 2013, p. 173.

My eyes are closing, my eyes are opening.
You are looking into me with your waking look.

My mouth is closing, my mouth is opening.
You are waiting with your red promises.

My sex is closing, my sex is opening.
You are singing and offering : the way in.

My life is closing, my life is opening.
You are here.

The recursive motility of the anemone serves as metaphor for the speaker’s body, alternating between moments of opening and closing, creating an at-times internal and at-times external space in which contained, container, and environment intermingle. While the organism represented in the poem has presumably human organs like eyes, mouth, and sex (sea anemones have photoreceptors, but no eyes, a single opening that functions as both mouth and anus, and they may be gendered or hermaphroditic, reproducing both sexually and asexually),5Vicki Martin, “Photoreceptors of Cnidarians.” Canadian Journal of Zoology, vol. 80, no.10, 2002, pp. 1703-1722; Ekaterina S. Bocharova, “Reproductive Biology and Genetic Diversity of the Sea Anemone Aulactinia stella (Verrill, 1864),” Hydrobiologia, no. 759, 2015, pp. 27–38. these organs, in their alternating opening and closing states, function as spaces of connection between speaker and the addressed “you.” This intermingling of individual and environment, speaker and reader, troubles distinctions of the internal and external, undermining individual boundaries in favor of a shared space of fluid exchange. This becomes even more salient when we consider the addressed “you” of the poem as potentially being anyone, including the reader, introducing the possibility of a radically open understanding of the relationship between speaker and addressee. What is created is a space that is both personal and social, reminiscent of the second wave feminist mantra, “the personal is political.”

The imagery and emotion of “Anemone” is interesting for being recursive, but not cyclical. Through the hard stop of periods at the end of each line, and the white space between stanzas, the poem enacts a recurring opening and closing of meanings. Yet each stanza, while similar to the others, also differs in important ways, progressing toward an ultimate intermingling of selves in the poem’s final line “You are here,” in which “You” overlap and are entangled with the body of the speaker. I’m reminded here of the concept of tidalectics, first put forth by the poet Kamau Brathwaite in ConVERSations with Nathaniel Mackey, expanded upon by theorists such as Paul Naylor and Elizabeth DeLoughery, and most recently inspiring an anthology.6Kamau Brathwaite, ConVERSations with Nathaniel Mackey. We Press, 1999; Elizabeth Deloughery, Routes and Roots. University of Hawai’i Press, 2007; Paul Naylor, Poetic Investigations: Singing the Holes in History. Northwestern University Press, 1999; Tidalectics: Imagining an Oceanic Worldview through Art and Science, edited by Stefanie Hessler, The MIT Press, 2018. Challenging dialectical structures, tidalectics emphasizes the fluid mobility of the ocean as a force of developing recursive movements. Describing tidalectics, Bill Aschroft declares that


the movement of the tides is not exactly cyclical, but ebbing and flowing. Although the ocean appears to be engaged in an endless repetition of the same back and forth movement at every moment, the tide is, in fact, never exactly the same nor does it retreat or return to the same spot of “origin.”7Bill Ashcroft, Utopianism in Postcolonial Literatures. Routledge, 2017, p. 156.

Similarly, Rukeyser’s poem does not return to the same starting point, but rather proceeds through back and forth movements that enact overall change.

The concept of tidalectics is helpful for interpreting Rukeyser’s metaphorical usage of a creature inhabiting tidal zones. The anatomy of the anemone has evolved to take advantage of tidal motions, and as Maurice Merleau-Ponty points out in his gloss of Jakob von Uexküll’s work, “the sea anemone has a movement whose rhythm remains regulated by the rhythm of the tides, even if it lives in a still-water aquarium.”8 Maurice Merleau-Ponty, Nature: Course Notes from Collège de France. Northwestern University Press, 2003, p. 170. Rukeyser’s evocation of the anemone, its opening and closing, and its progression, which is not a synthesis but an evolving mixture between internal and external, evokes the anemone’s life sustaining relationship with this tidal force. My usage of tidalectics here also extends beyond its original uses of evoking islands’ interconnections with the ocean and other locations. Rather, my usage of tidalectics implicates the ebbing and flowing entanglement of bodies, both with their surroundings, and with other bodies. Rukeyser’s “Anemone” begins with closing and opening eyes and progresses to the increasingly tactile organs of mouth and sex, presenting embodiment as an experience of sensuality and desire shared with others. If, as poet Alicia Ostriker claims, “To read Rukeyser is to learn to breathe underwater,” then this is what I think she means.

Originally published in The Speed of Darkness (1968)

You are looking into me with your waking look.
My eyes are closing, my eyes are opening

My mouth is closing, my mouth is opening.
You are waiting with your red promises.

My sex is closing, my sex is opening.
You are singing and offering : the way in.

My life is closing, my life is opening.
You are here. 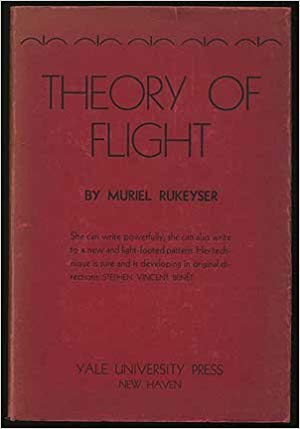 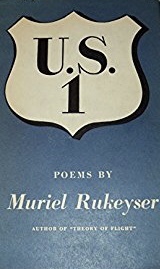 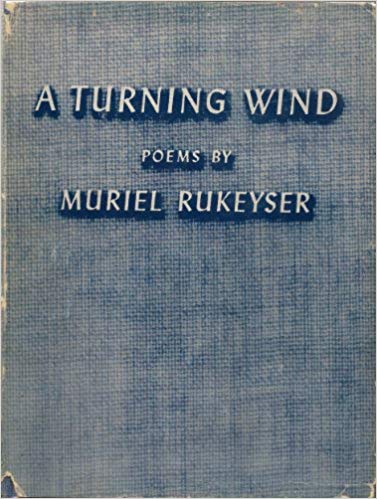 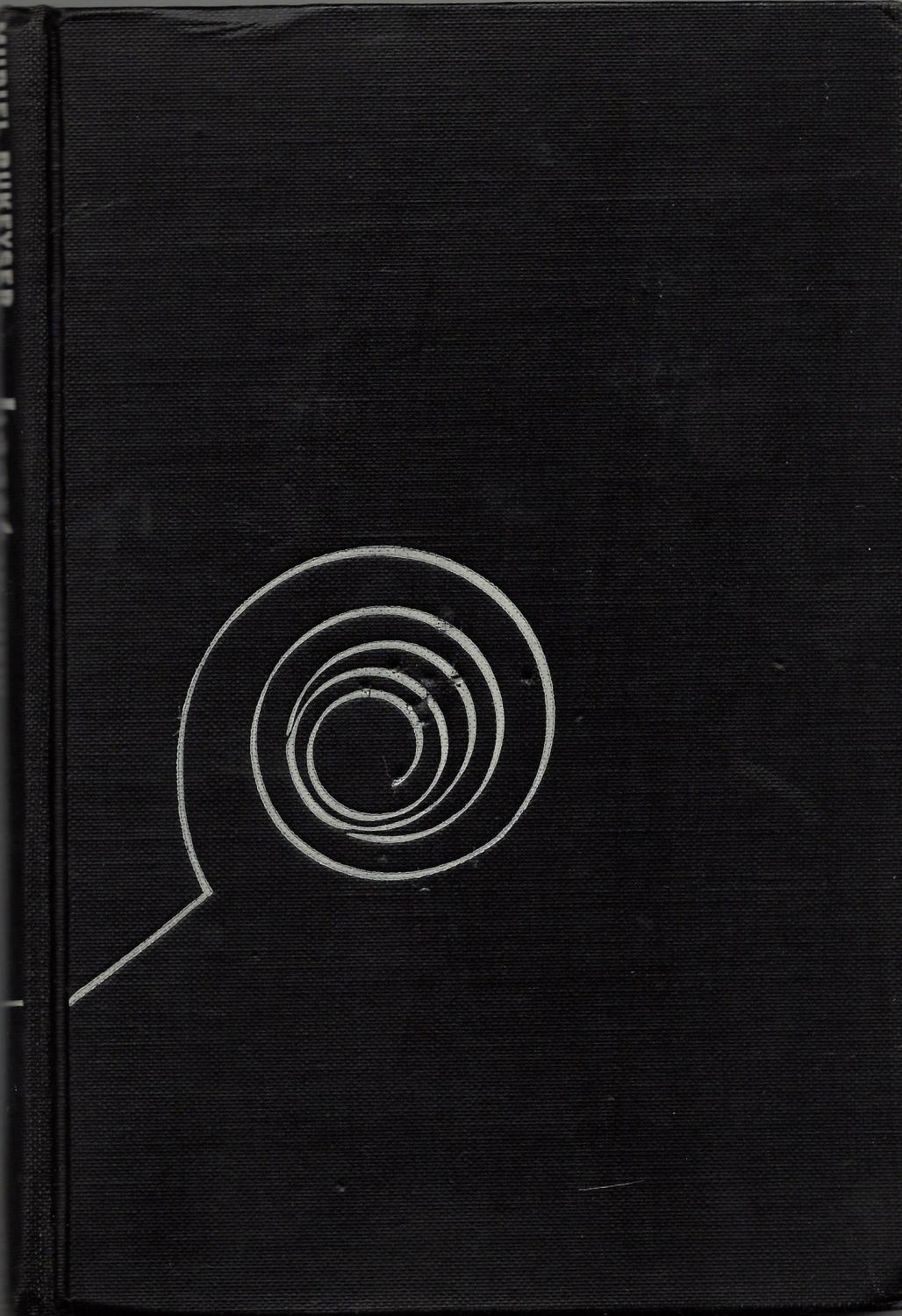 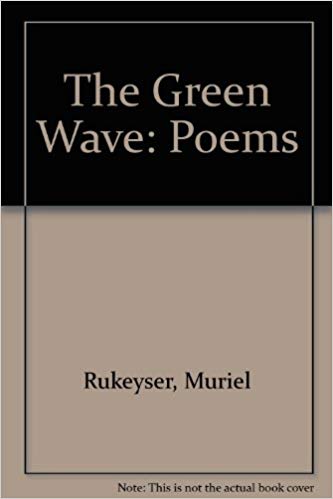 The Speed of Darkness 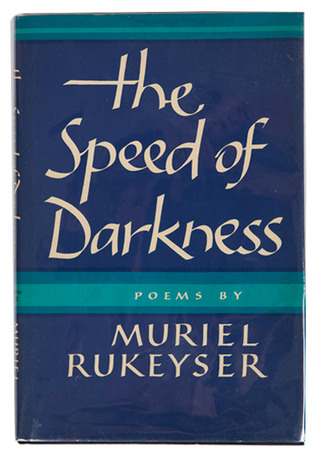 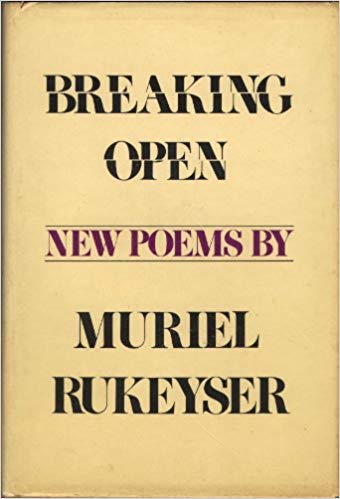 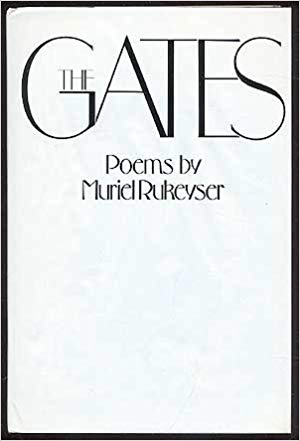 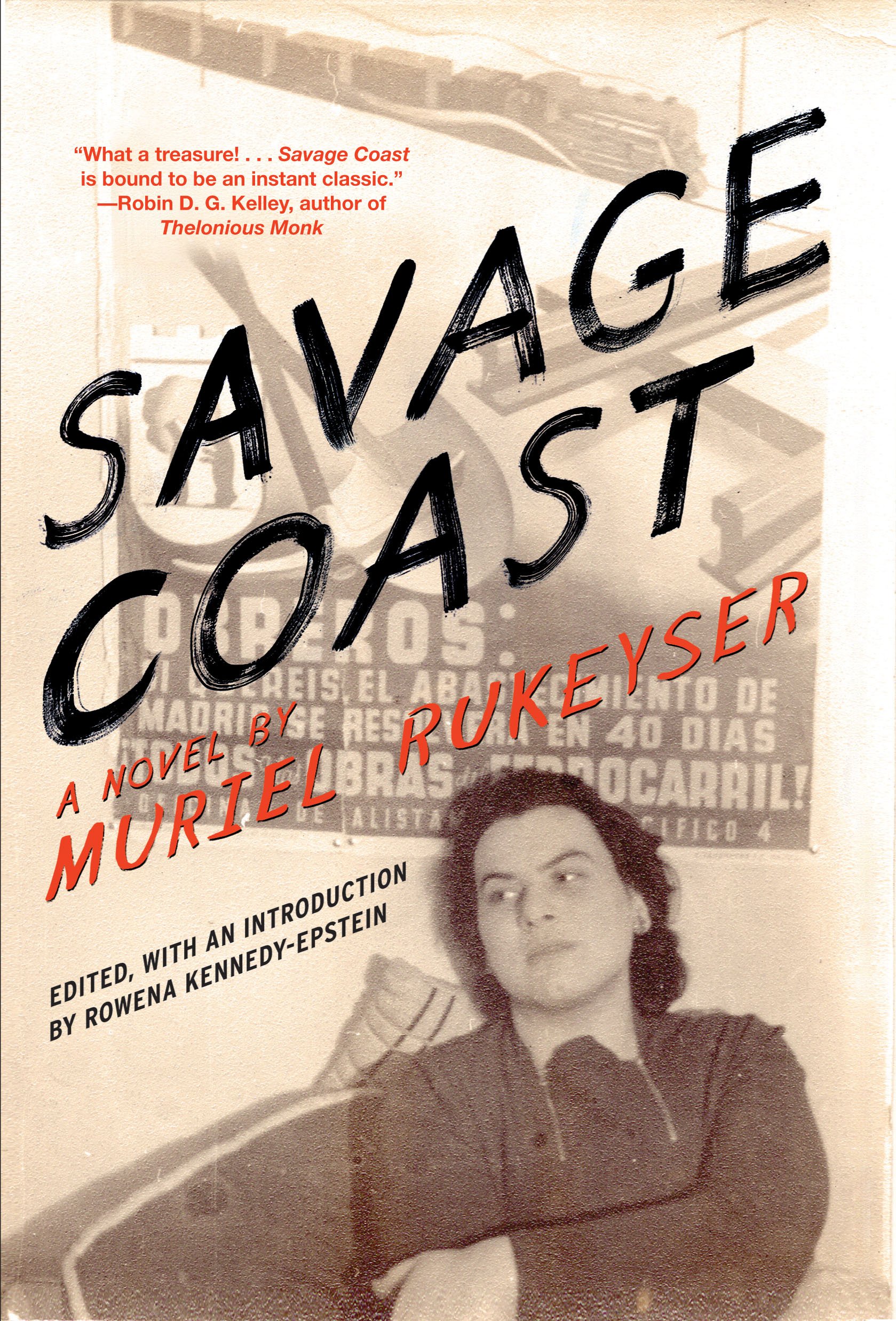