from The Speed of Darkness

13
My night awake
staring at the broad rough jewel
the copper roof across the way
thinking of the poet
yet unborn in this dark
who will be the throat of these hours.
No.    Of those hours.
Who will speak these days,
if not I,
if not you?

Throat of These Hours is two plays, one for stage and one for radio. Both now in second draft, they have long-ago beginnings, when a lover gave me a photocopy of The Speed of Darkness. I don’t remember why she gave me the poem, but it stayed in my file box of precious documents when I moved to France with my youngest son, to Texas on my own, back to New Zealand and between its two main islands. I don’t keep stuff; I own only a dozen books and when I accumulate more I give them away. So now and then I took my copy of The Speed of Darkness out of its box and asked Do I Need This? Read it again. Got its thump to my heart again. Put it back in the box.

Then, last year, a friend suggested that I write a play. I’d written only one, ever, a short exercise during my scriptwriting MA studies, at Victoria University’s International Institute of Modern Letters. My apprenticeship was in screenplays and my Creative Writing PhD (for which I wrote three feature-length screenplays) was about screenplay development for women writers and gender inequities in the state funding system. But I decided to try a full-length play, partly because I’m interested in media convergence. What elements are necessary in and unique to a literary form and what aren’t? Why write a play rather than a film or a game or a book of essays or a comic or a collection of poems? And I thought of my tattered photocopy of The Speed of Darkness with its rusty staple. I’ll investigate why it means so much to me, I decided. I couldn’t have made a better choice. The Speed of Darkness, other writing by and about Muriel Rukeyser and the writing itself challenge, nurture and transform me.

Throat of These Hours is set in a present-day radio station in Wellington New Zealand. Tina-the-techie, in her late fifties, used to be a backing singer and – when she could – a composer. A single mother, a lesbian, whose grand-daughter Kate has recently come to live with her. One of those women artists whose interrupted creativity is the subject of Tillie Olsen’s Silences (1978). Looking for cultural mothers to learn from, she rediscovers Muriel Rukeyser’s poetry and sets some of it to music. Early in the play she says:

I sat down with Muriel, ‘beautiful Muriel, mother of everyone’ as fellow poet Anne Sexton called her.  Here I am Muriel, I said. Another single mother.  A single grandmother now.  And I want to become a throat of these hours–  I want to learn from you. From your poems.  From your fiction.  From your other prose.  From what people write about you.  I want to latch onto your breast.  Absorb courage from you.  Here I am.  Help me.

The stage play is influenced by a New Zealand classic, actor and writer Cathy Downes’ solo show The Case of Katherine Mansfield (1978) a portrayal of Katherine Mansfield that draws on her journal, letters and stories. In Throat of These Hours, Tina struggles to understand Muriel Rukeyser’s life and work and to develop a show about them, while she makes a living, cares for her grand-daughter and deals with anxiety about her health. The reappearance of her former nemesis, radio host Meredith, after twenty-five years’ absence, adds more complications. Once an activist and a well-regarded poet, childless Meredith stopped writing and focused on a broadcasting career and is recovering from breast cancer.

Muriel Rukeyser is not a character in the play, but she is ever-present, in the poems and in excerpts from prose – The Life of Poetry and various essays. Tina shares these with Meredith, with her grand-daughter Kate and with Grace, the much younger entrepreneurial host of the Mother’s Milk programme, who makes and sells breast milk yoghurt and has a concern for toxicity in breast milk that matches Meredith’s concern with abuse of water.

Composer Christine White and I presented a session on the stage play as a work-in-progress at the Rukeyser Symposium. It included a filmed reading of three scenes from the first half of the play to show the arc of the relationship between Tina and Meredith, and film of Chris performing two of her compositions-in-progress.  The first of these was for the stanza from The Speed of Darkness placed at the top of this post. Responding to the viscerality of Muriel Rukeyser’s poems from Tina’s own musical starting point – singers like Janis Joplin, Marianne Faithfull, Patti Smith – it begins the play. Clips of the scene where Tina and Meredith meet again and Chris’ performance of The Speed of Darkness are below.

Chris has written about her work on the poems here (re influences) and here, where she says:

The play explores two women who, for various reasons have struggled with their art-making…Meredith has long since given up on writing poetry, and Tina is trying to discover her own voice through following the writings of Muriel and setting them to music.

The throat – the sounds of the throat can be many and varied…and can communicate a variety of emotions – the feeling of constriction, of not being able to speak/communicate – throat clearing, trying to make a way through obstacles.

Even the act of sighing and iterations of the breath can give signals as to the state of mind of the communicator – the body in the act of communicating, or trying to…

As this is a central theme in the play, and seemed to be a theme in Muriel’s own writings, I thought it is an obvious instrument. Its use in the presentation recording isn’t as subtle as it could be in the context of the whole play.

I think now of the film The Sixth Sense, and a documentary about the film. In terms of sound design, the breath was used in layers – many many layers…human breath, animal breath – sometimes pitch shifted and slowed down – always running almost as if in the subconscious of the film – creating an undercurrent signal of the afterlife.

Chris’ second composition so far, for Then, is musically very different and will appear in a later post, with the other two scenes from the filmed reading. Then ends the play and shows how Muriel Rukeyser’s influence and the events of the play have transformed Tina’s life and work. On days when I fear that This Project Is Beyond Me, I listen to Chris’ version of Then and it helps renew my resolve.

Although the discussion with Rukeyser Symposium participants was brief, it was very helpful to me as I moved (I thought) into the third draft of the stage play. But throughout the research and writing processes so far, there have been surprises. And after that brief discussion and conversations with others, including those involved in the filming process, I decided to write Throat of These Hours as a radio play before I engaged with the stage play’s next draft. To make something very sound-oriented, simple and spacious, fifty-five minutes long, before moving back to the longer multi-sensory and complex stage play. My next post in a month’s time will be about this and other Muriel Rukeyser surprises. And some of the deep pleasures.

Reading from the stage play-in-progress: Tina and Meredith meet again

From The Speed of Darkness, composition/performance by Christine White

Lorae Parry MNZM is one of New Zealand’s best-known playwrights, with five full-length published plays. One of them, Eugenia, has been performed in New Zealand, London, Sydney, and at the State University of New York (2012). She has co-written several other plays, including Sex Drive with Pinky Agnew. An award-winning actress and director, she has worked in theatre, television and radio and is legendary for her comedy performances as Prime Minister Helen Clark. Lorae recently returned from five years in London where she worked as a director and filmmaker and wrote and directed her most recent plays, Kate and Mrs Jones and Bloomsbury Women and the Wild Colonial Girl. She has an MA in Scriptwriting from the International Institute of Modern Letters. 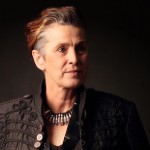 Madeline McNamara has a Masters in Theatre Arts (Directing) from Toi Whakaari/ The New Zealand Drama School and Victoria University and is a performer, director, teacher and producer of original theatre work by women. She co-founded Magdalena Aotearoa, a network of women in contemporary theatre with Sally Rodwell in 1997 and was co-artistic director of the Magdalena Aotearoa International Festival of Women’s Performance (1999). Recent directing credits include At Circle’s End – A Drama about Death and Diversity (2011). She is co-artistic director of Acting Up Charitable Trust, an organisation that provides training and performance opportunities in the fields of theatre, film and music for people with learning disabilities. Currently, Madeline is an actor with Jo Randerson’s Barbarian Productions, developing Jo’s latest work White Elephant.

Throat of These Hours blog and brand new Facebook page.